Participants in the „Pelargodont“ project

Recent reports about successful applications of locally delivered adjunctive antimicrobial therapy raised the demand for local delivery devices for periodontitis treatment. The target area of such devices usually is periodontal pocket formed during disease development. Intra pocket devices are divided in two categories depending on degradability: non-degradable devices (first generation) and degradable devices (second generation). The degradable device has the advantage of minimizing the number of visits to a therapist – only a single visit for the insertion of the device is required, while re-visiting for the device removal can be avoided. There are many efforts to produce intra-pocket-targeted drug delivery system types for periodontitis treatment: experimental data about different types of drug carriers made from fibers, films, designed as injectable systems, gels, chips/strips and compacts, vesicular systems, microparticle and nanoparticle systems are described in scientific literature . Chips/strips and soft hydrogels in which drugs are distributed throughout the polymer constructs are among the most advanced forms of local drug delivery. Strips are drug delivery devices of thin and elongated matrix bands accommodating a wide range of inter proximal spacing and creating accessibility periodontal putative pathogens organisms. There are several studies indicating that chips containing tetracycline, metronidazole or chlorhexidine demonstrated a decrease in number of motile rods, notably spirochetes . There are also reports about amoxycillin-clavulainic acid, tetracycline, ornidazole, loaded acrylic chips and chitosan strips containing gatifloxacin. Hydrogels also constitute attractive candidates for drug delivery systems because their structure and water content resemble those of living tissues and make them host tissue-friendly Their major benefits include colloidal structure that resembles in vivo tissues, biocompatibility of the materials, and possibility to incorporate bioactive molecules including therapeutic compounds. There are reports about collagen, chitosan/gelatin/β-glycerolphosphate and other synthetic hydrogels carrying metronidazole, vancomycin hydrochloride, minocycline and other antibiotics .

However, there are very few commercially feasible and physiologically acceptable devices on the market, and the demand for such systems is not satisfied. The only commercially available product of local delivery – PerioChip® made by Dexcel Pharma Ltd. (Israel), is carrying chlorhexidine gluconate characterized by severe side effects and therefore not recommended for prolonged use.

Synthetic chemicals in all above listed devices show adverse effects including burning sensation of mouth mucosa, resistance of pathogenic microorganisms, negative effects on desirable mucosal microflora and therefore, cannot be used for a long time. There is a demand of biodegradable devices with natural antibacterial – anti-inflammatory substance and prolonged release of this drug that could be used repeatedly without risk of side effects and without efficiency decrease related to bacterial resistance.

Biologically active compounds of PSRE or PACNs from this extract are demonstrated to mildly modulate bacterial virulence and stimulate host immune responses. Thus, they are coming under considerable scrutiny as potentially new non-aggressive therapeutic agents for managing periodontal infections. PSRE has moderate antibacterial effect against several Gram positive and Gram negative bacteria, interfering with invasion and adherence of microorganisms to cells and triggering immune responses . PACNs, the major compounds of PSRE, possess antioxidant, anti-inflammatory, antibacterial, anti-aging, anti-cancer properties . PACN enriched extracts (black soybean seed coats, durian seeds, lychee) inhibit biofilm formation and adhesion of periodontopathogenic bacteria, inhibit bacterial proteolytic activity, cytokine and MMP (Matrix metalloproteinases) production by immune and mucosal cells . There is no local delivery system of sustained release formulations with PSRE or PACNs available, however, bioactive capacities of these substances suggest them as promising prolonged local periodontitis treatment candidates. There is no scientific information about the effects on local periodontal therapy of PACNs from PSRE. The project will deliver both evidence-based results about the efficacy of such phytopharmaceutical products and initial prototypes of one or two medical devices of prolonged action designed from biocompatible materials: biodegradable mucoadhesive periodontal pocket chips.

Quality of matrix composition is among the key factors for the positive activity of chips. The most marketable chips include biodegradable polymers, such as collagen, poly (Lactide-co-glycolide), ethyl cellulose, hydroxy propyl cellulose, hydroxy propyl methyl cellulose, eudragit-RL-100, dibutylphthalate, chitosan. Aliphatic co-polyesters are highly attractive synthetic biomaterials because of biodegradability caused by hydrolysable ester bonds and have delivered promising results from in vivo tests in recent years . Therefore, under this project elaboration of the blends of synthetic and natural aliphatic (co)polyesters towards creation of matrices of chips with desired characteristic will be executed. Realization of these ideas will improve the hydrophilic properties of aliphatic (co)polyester constituents enabling them to better accept and release the active substances (PSRE and PACNs). The functionalization of aliphatic polyesters into amphiphilic polymers allows for the modulation of biadhesion to mucosa with favourable mechanical strength and desirable degradation rates under specific physiological conditions. Formation of the matrix with incorporated natural-sourced bioactive and antimicrobial components and high tissue compatibility will provide a drug delivery system for long-term, effective treatment at the site of periodontal inflamed surface area.

Most hydrogels made for tissue-friendly drug delivery are soft and are not suitable for stable shape retaining chip formation. UAB Ferentis by using innovative research methods created a collagen-like peptide (CLP)-based synthetic hydrogel , . This self-assembling hydrogel mimics the functional triple helical groups of collagen that signal for cells as extracellular matrix environment. Ferentis’s biosynthetic hydrogels also have sufficient mechanical properties and can be easily shaped and therefore is suitable for fabrication of medical devices to fit specific tissue and organ niches. Biocompatibility, biodegradability and tissue regeneration stimulating properties of this CLP hydrogel were demonstrated in a pre-clinical study of CLP corneal implants grafted in mini pigs . In this project, the CLP technology will be expanded to create a drug delivery system of sustained local activity.

Points of novelty and originality of the medical device that is going to be created in the project are listed below:

The project is expected to produce following results: 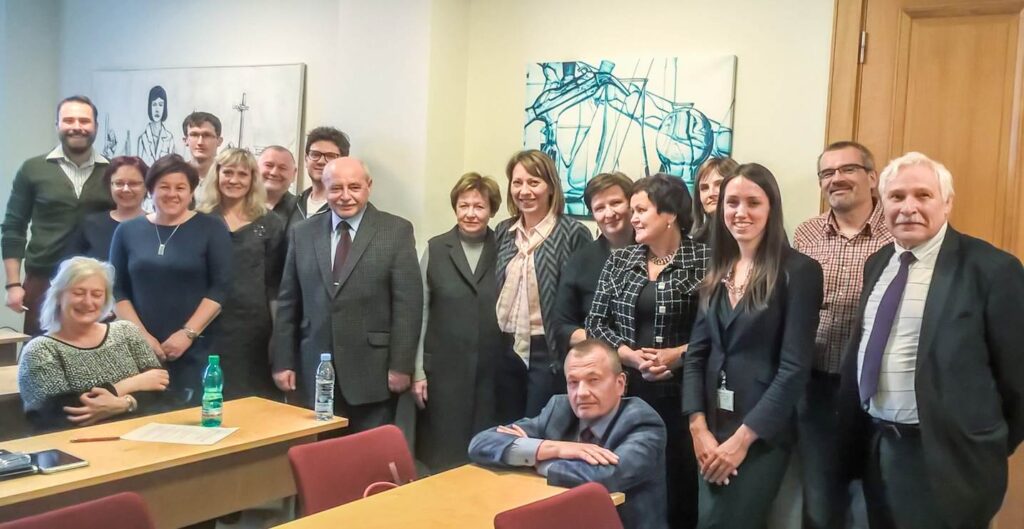 Back to the top

ORDER AND TRY IT OUT: